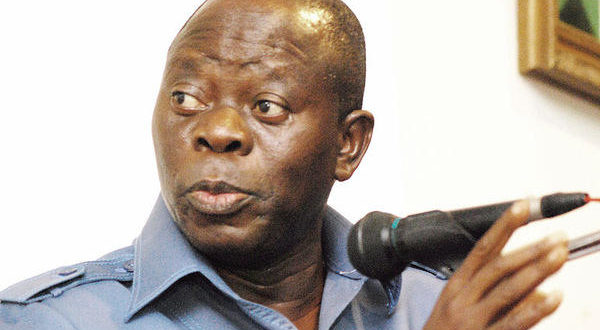 Oshiomhole has ruined APC, he should be expelled- Adamawa State chapter

Leaders of the All Progressives Congress in Adamawa State have passed a vote of no confidence on Adams Oshiomhole, saying that he should be expelled from the party.

The party supporters expressed their thoughts in Yola, the state capital, during a demonstration recently urging the leadership of the APC to expel the former Edo State governor from the fold.

Leader of the youth caucus, Mohammed Bappare, who spoke during the peaceful march, blamed the party’s loss in Adamawa State during the last election to Oshiomhole’s leadership style.

He said, “It has never been this bad for any political party in history, more so, a ruling party for that matter.

“In Adamawa, our party lost the state to the Peoples Democratic Party because of Oshiomhole’s poor judgment.

“The same situation was witnessed in Zamfara and Bayelsa, this has never happened to any party; and if he (Oshiomhole) is allowed to continue, our party will be nowhere by 2023.”

In a letter addressed to the National Working Committee of the APC, the protesting members applauded the court decision suspending Oshiomhole as chairman of the party.