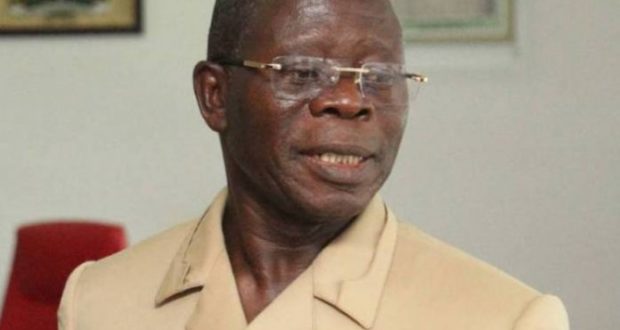 Oshiomhole: I am not troubled over APC crisis

Despite the intensive crisis in the ruling All Progressives Congress (APC), the national chairman of the Comrade Adams Oshiomhole appeared undisturbed on Thursday.

In his first appearance since a FCT High Court in Abuja restrained him from acting as chairman, Oshiomhole was in his usual bubbling mood.

He told a team of journalists in his Aso Drive office, Abuja on Thursday that there was no need for him to be troubled over developments in the party.

The APC leader, who came out of a meeting in his office believed to be rushing out to catch an engagement in the Villa, asked newsmen at the foyer of his office if they were looking at him with pity.

Decked in his usual Khaki attire, the party chieftain asked the newsmen pointedly: “Are you looking at me with pity?”

According to Punch, before the journalists could respond, he dashed out smiling to a waiting car.