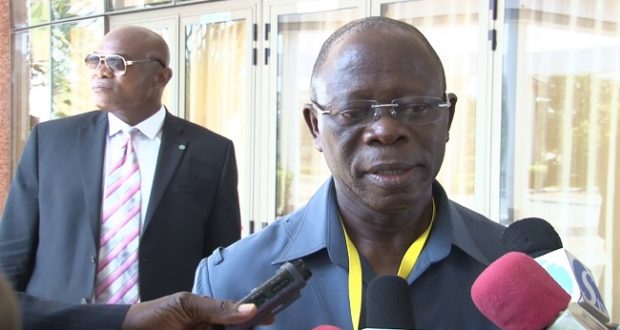 The Peoples Democratic Party (PDP) and Comrade Adams Oshiomhole have been exchanging vituperations over alleged intimidation of voters with soldiers and stockpiling of arms.

Edo PDP, through its Publicity Secretary, Chris Nehikhare, yesterday at a news conference in Benin, accused Oshiomhole, an ex-governor of the state, of using soldiers to intimidate voters in Benin City and Auchi, as well as stockpiling arms in his home at Iyamho in Etsako West Local Government, to be used to arm thugs to rig Saturday’s election.

It asked security agents to search the Iyamho home and urged the Chief of Army Staff, Lt.-Gen. Tukur Buratai and President Muhammadu Buhari to call Oshiomhole to order.

The ex-APC national chairman, reacting through his media aide, Victor Oshioke, described members of Edo PDP, especially the spokesman, as ignorant and mischievous.

Oshioke said: “It is sad that Nehikhare either lacks understanding of how the military is administered or he only addressed the press just to be heard, not to pass credible and worthy information.

“Military movements anywhere in the country are on the strict orders of relevant military authorities. No civilian has the power to use soldiers against anyone, for whatever purpose or reason.

“So, the claim that Comrade Oshiomhole is using soldiers to intimidate voters, when the first vote has not even been cast, is a chunk of black lie