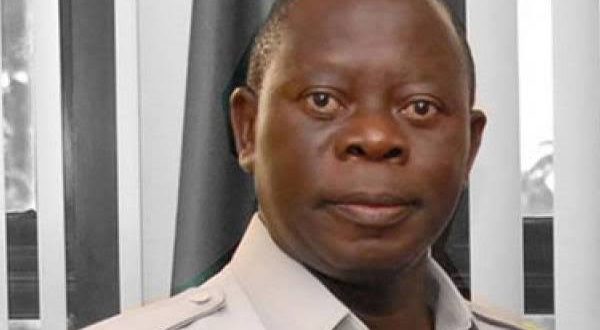 Oshiomhole responsible for 96 percent of APC’s failure, he should go- APC group

A good governance advocacy group within the All Progressives Congress (APC), the Rivers Unity House (RUH), has endorsed calls for the resignation of APC’s National Chairman, Adams Oshiomhole.

The RUH’s Convener, Kingsley Wali, announced the group’s endorsement of such calls on Friday in Port Harcourt during an interactive session with journalists.

According to Wali, Oshiomhole is responsible for 96 per cent of the challenges faced by the party in the 2019 general elections.

Wali said: “It is a natural thing in politics that whenever there are losses, people have to be held accountable for those losses.

“There is need to identify the people who made it possible for the party to suffer any kind of loss.

“Just like if the party enjoys a decent measure of victory, it will obviously point out those who made it possible and then, compensate them for making it possible.

“So, those who are responsible for the body-blows APC received should be identified and made accountable so it discourages this kind of attitude.

“I am one person who has been consistent with the position that Mr. Adams Oshiomhole is 96 per cent responsible for the problems APC had.

“It boils down to nothing but somebody feeling that he knows everything and no other person is smarter than him.

“I think the reasonable thing to do is for APC as a party to ask Adams Oshiomole to vacate the seat.

“If we insist on understanding or characterising the next level slogan of APC, the kind of attitude that Adams Oshiomhole exhibited cannot be in tandem with the President’s vision on Nigeria.’’

The group also lauded the APC’s Deputy National Chairman (North), Alhaji Lawan Shuaibu, for the courage to tell Oshiomhole to vacate his office.

Its convener also said: “Of what is a party Chairman who does not take any form of criticism; once even if it is one councillor in Karadamuda or Akassa, that says something about him, he replies in the same measure.

“I want to applaud the Deputy National Chairman (North), Alhaji Lawan Shuaibu for what he said in the very elaborate letter he sent asking Oshiomole to vacate office.

“That is a point that the man was running a one-man show. Like I said before, I worry because where we are heading for might not be too nice.

“Like Alhaji Shuaibu said, all it takes for the PDP to control the National Assembly is two seats or six or seven stubborn APC senators.

“It is a done deal. And the same man is there threatening hell fire and brimstone about how APC will not do any business with PDP. In 2019, you still see the other party as party of enemies? Who does that?’’

Wali pointed out that in other political climes, once you lead a party and the party failed to do well on an election, you have to go.

“Let us not demean ourselves with the fact that we won the Presidency. What about the governorship seats?

“Did we gain more senatorial seat now that we did in 2015? No. So if you look at it properly, APC lost in this last election.

“We are just lucky that the profile of the President got us to where we are today that we control the Presidency,’’ he said.