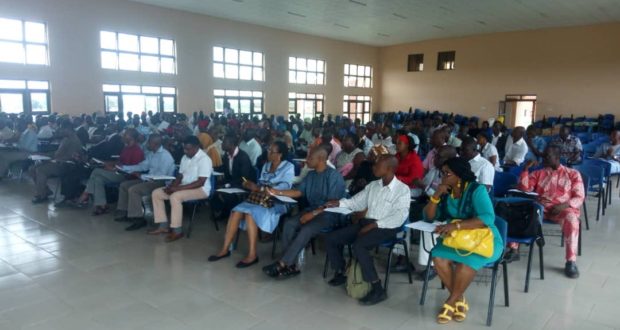 The Independent National Electoral Commission (INEC) has said that it has commenced training of Supervisory Presiding Officers (SPOs) on Polling and Counting Procedures for Osun governorship election scheduled for Sept. 22.

The Commission disclosed this in a statement issued by its Director of Publicity and Voter Education, Oluwole on Friday in Abuja.

Osaze-Uzzi noted that the two-day training which started on Thursday at Ataoja School of Science Oshogbo was organised by the Electoral Institute (TEI), Abuja.

He quoted the acting the Director-General of the Institute, Saad Umaras, saying that the exercise was aimed at developing the skills of the officers to effectively cascade the training to Presiding and Assistant Presiding Officers who would be involved in the election.

Osaze-Uzzi also quoted the Resident Commissioner, (REC) Osun, Olusegun Agbaje, as urging participants to remain focused, fair and nonpartisan in the discharge of their duties.