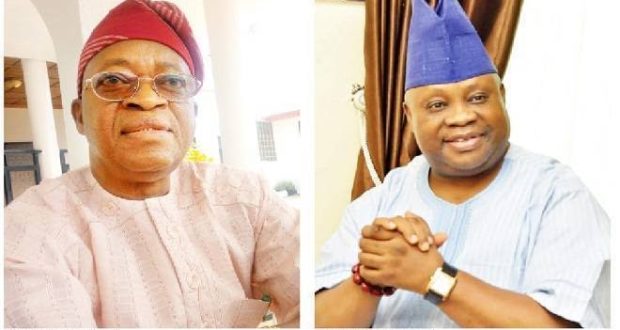 The Peoples Democratic Party, PDP, has rejected the inclusion of Justice J.O.K Oyewole as member of the Osun State Governorship Election Appeal Panel.

According to the party, Oyewole was a stooge of the National leader of the ruling All Progressives Congress, APC, Bola Ahmed Tinubu and, therefore, an interested party.

PDP spokesman, Kola Ologbondiyan, while briefing newsmen in Abuja said the PDP has even written to the president of the court of Appeal wherein it objected to the inclusion of Oyewole as panel member.

He said: “Our legal team has written to the President of the Court of Appeal, Justice Zainab Adamu Bulkachuwa wherein the party objected to his inclusion as member of the panel.

“The panel member (Oyewole) is already bias against the PDP and, governorship candidate, Ademola Adeleke.

“Oyewole is an indigene of Osun state and had served as High Court Judge in Lagos State under Tinubu’s administration as
governor.

“Tinubu is Oyewole’s political godfather and would always be predisposed to serve his interest.

“When the seat of the Chief Judge of Osun State became vacant, some years back, upon the retirement of Hon. Justice G.O.Ojo, senator Ahmed Bola Tinubu insisted on his anointed candidate, Hon. J.O.K. Oyewole on the judiciary of Osun State at all cost.

“The PDP, therefore, has passed a no confidence vote on Oyewole as member of the Appeal Panel”.