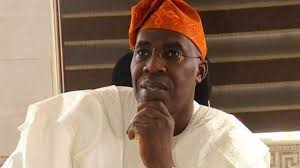 The governoship candidate of the Wale Ojo faction of the Peoples Democratic Party (PDP) in the recently conducted primary election in Osun State, Dotun Babayemi has warned the Iyorchia Ayu-led National Working Committee of the party to be very careful of the way it handles affairs in the party.

According to him, his candidature had become an imperative if the party is desirous of winning the coveted gubernatorial election in the July polls.

Babayemi added that the people of the State were already tired of the administration of the All Progressives Congress (APC) and they were desperately yearning for a change through him.

He said“The onus is now on us to put our house in order and this is where the support of everybody, especially the national leadership of our party is germane. Enough of bickering, hide-and-seek and related shenanigans.

“So, if our great party under the leadership of Senator Iyorchia Ayu is truly desirous of clinching the gubernatorial position at the coming State election, then everything must be done rightly to rally around my emergence as the party’s candidate endorsed by stakeholders and members across the State.

“As someone on a rescue mission, my eventual victory at the coming polls would go a long way in rejuvenating the psyche of the people of the State that have been bruised due to bad governance.”