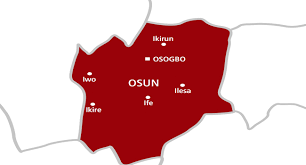 The United Kingdom government through the  British High Commission said it is ready  to support all efforts towards ensuring a credible gubernatorial election in Osun State on July 16.

The intimation was made by Wale Adebajo, the Commissions’ Political Adviser to Nigeria during a visit of the Commission to Governor Adegboyega Oyetola in Osogbo on Tuesday.

According to him, the Commission would be joining other foreign bodies  to monitor the election, warning political parties to toe the path of peace at the period.

In his response, Governor Adegboyega Oyetola expressed his commitment to ensuring peace throughout the electioneering period.

He added that he was committed to this cause despite the provocation in some quarters.

Speaking, , the All Progressives Congress (APC) National Secretary, Senator Iyiola Omisore assured that the party and its members would be of good conduct.

Previous: 2023 Presidency: Court refuses to disqualify Atiku, Tinubu
Next: Nigeria is in a mess because of bad leadership-Peter Obi