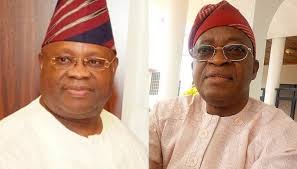 Ahead of  July 16, 2022 gubernatorial poll, Rt. Rev. Isaac Oluyamo, the Bishop of the Anglican Diocese of Ijesha North has advised that political stakeholders should eschew violence and embrace peace during and after the electoral process.

The ceric made this remark during an event in Ijebu-Jesa, Osun State on Sunday.

He called on  all the political actors in the Osun guber poll to play politics according to the rules and with the wisdom of God,.

He also advised  voters should be allowed to exercise their rights to elect the candidate of their choice without threat or compulsion.

In his words, “INEC should play their roles faithfully because we shall all be judged on the last day.

“We encourage the people to avoid anything that can threaten the peace of the State before, during and after the 2022 governorship election.

“We should allow individuals to exercise their political rights without threat or compulsion. We should join hands to ensure safety of lives and properties across the State.

“Security personnel must not be seen to be corrupt or biased; they must live up to expectations. They should not be involved in abuse or misuse of office