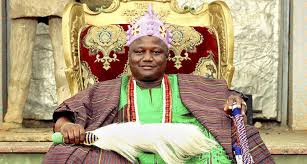 It will be recalled that the monarch on Tuesday lost his temper, saying the PDP government installed him as king, and cautioned the All Progressives Congress (APC) and one of his chiefs, Kazeem Oyewale, against violence.

The monarch, who addressed reporters in his palace yesterday, said: “My assertion that nobody should do anything to disturb the peace and tranquility of Osogboland under the guise of political activism should not be misinterpreted as supporting the PDP in particular against other parties.

“More political parties will visit me and I will not condone any violence from any political party against another. I hereby assert that the people of Osogbo appreciate the good work of the present party in government, and will not do anything to truncate the peace and tranquility of the state in general, especially Osogbo.”

Oba Olanipekun appealed to the people to go out enmass on July 16 and vote for the candidate of their choice without violence.