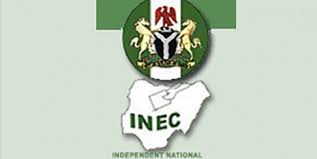 Osun 2022: We understand the challenges, but we are ready – INEC

The Electoral umpire, the  Independent National Electoral Commission (INEC) has declared that it is not “under any illusion about its operations and processes for optimal performance”  as regrds July 16 Osun Governorship election and  2023 general elections in the country.

The statement was made on Wednesday, by the Chairman, Board of Electoral Institute, Professor Abdullahi Abdu Zuru at the Pre-election Survey Methodology Workshop held at Osogbo.

Speaking, Professor Zuru, who was represented by Resident Electoral Commissioner (REC) in Osun State, Professor Abdulganiy Raji said the umpire was aware of the situation of things due to the incoming gubernatorial election.

According to Raji, the Commission had made tremendous progress in drastic reduction of some election and electoral malpractices such as rigging, overstuffing of ballot boxes, over bloating ballot register, special treatment of voters and election officials, distortion or doctoring of results, disappearance or destruction of ballot box, among other anomalies.

“All these are things of the past as a result of research, in-depth discussions and innovations that emanated from this kind of events as organized by the Commission at various levels.

“Due to the peculiarities of our dear country Nigeria, the Commission still has a whole lot to deal with to ensure that our electoral processes are free of malpractices and issues that could jeopardize our collective efforts as umpire.

“Some of the critical issues peculiar to Osun State can be identified as the use of thuggery during electioneering campaigns and election processes, identification and evaluation of difficult terrains, excessive monetization of politics in general, a ‘winner takes all’ philosophy and voter apathy, especially in urban areas such as Osogbo, Ife, Ilesa, Ede among others,” Raji said.