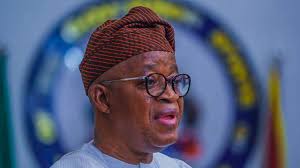 Osun 2022: Why voters will not re-elect gov Oyetola

The Osun State Chairman of the Accord Party, Victor Akande has explained why the Governor of Osun State, Gboyega Oyetola and  the All Progressives Congress, APC, will not be voted for in the 2023 general elections.

According to the party,  Oyetola’s poor handling of the payment of the arrears of pension would checkmate his second term ambition.

Akande made this statement in Osogbo, the State Capital, in a statement made available newsmen on Thursday.

The opposition party noted that sections 5(b) and 7, pages 18 and 19, of the current Osun State Contributory Pension Law of 2008 stipulated that the State government is responsible for paying terminal benefits to workers that have retired from the State’s public service.

Akande said, “The agitations for well-deserved retirement benefits by contributory pensioners in Osun State, comprising Primary Schools, Secondary Schools, Tertiary Institutions, Civil and Local Government in the State who are yet to be paid their entitlements by the Government are in order and cannot continue to be handled with levity at this critical moment of economic letdown.

“It is heartbreaking to know that for more than six (6) years, the majority of the State retirees have not received a dime. This ungodly treatment of the people who had served the State diligently for thirty-five (35) years or 60/65 years is unfair, inhumane and disappointing”.

The party boss regretted that a party that rose to power on the mantra of change and promised to improve the standard of living of the people was allegedly at variance with the tenets of purposeful leadership.

He promised the electorate that if his party is voted to power in the 2023 general elections, it would find a lasting solution to the problems created by the ruling party.