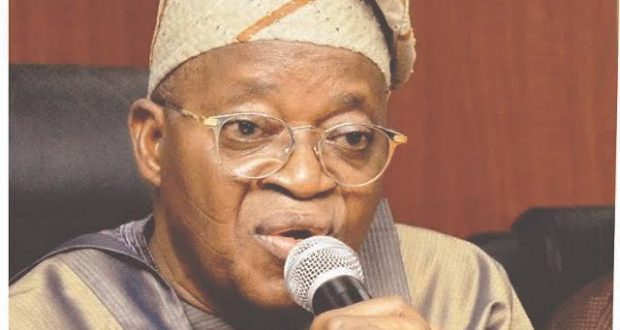 The All Progressives Congress (APC) in Osun State has issued warning to  trouble brewers to immediately change their minds and attitude in the new year or face the music.

The APC said Osun is peaceful and will continue to be peaceful as we all know the state as the most peaceful State in the Federation, urging every evil-minded people and those that are riot-oriented to please, relocate themselves from Osun as 2020 ends to allow every good citizens of the state to enjoy dividends of APC-led government.

This was contained in a goodwill message issued from the party’s Directorate of Publicity, Research and Strategy and signed by its Director, Barr. Kunle Oyatomi.

“If anyone take holistic look at what Oyetola has done in Osun, it will be vividly seen that there is tremendous progress in the state of Osun and it is visible”, he stated.

The APC chieftain amplified the National Coordinator of RAMP Projects, Engr Aminu Mohammed Bodinga who recently commended the governor of Osun, Alhaji Oyetola, and ranked Osun as the best performing state among participating states in Nigeria in the World Bank Rural Access and Mobility Project 2 in the country, The Nation reports.