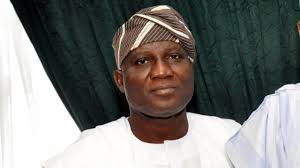 Ex-Speaker of the House of Representatives, Hon Lasun Yusuf, has dumped the All Progressives Congress.

It was learnt that the senior lawmaker his resignation letter at the Osun State APC Secretariat, Osogbo on Friday morning.

Up to the time of filling this report, no  details of his resignation have been made known but the schism in the Osun State chapter of the party may have been responsible.

It will be recalled that the former Speaker  belongs to the Rauf Aregbesola’s camp which stoutly opposes the sitting governor, Mr Gboyega Ayetola, who got the ticket of the party to run for second term.

It was also reported that Governor Oyetola is backed by the APC National Leader, Mr Bola Tinubu, who has also come under attack from Aregbesola, his former political associate.

Yusuf confirmed his resignationto newsmen but said, “Yes I have left the APC, that’s all I can say for now.”