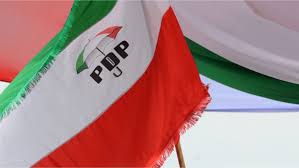 The People’s Democratic Party in Osun State  has lodged a petition against Justice Adeyinka Aderibigbe of the Osun State High Court, Ile-Ife Judicial Division over alleged misconduct in the discharge of his judicial duties.

Speaking with newsmen  in Osogbo, the Osun PDP Secretary, Bola Ajao, who frowned at the way Justice Aderibigbe handled the suit instituted by Olasoji Adagunodo,

He added that the opposition party would explore all means to get justice on the matter.

In the statememt, he listed various cases, which according to him, Justice Aderibigbe had handled and had failed as an impartial arbiter.

The petition reads, “Following the removal of Hon Olasoji Adagunodo as the Osun State chairman of the Peoples Democratic Party by the National Working committee on 29th September, 2020, he instituted suit No.HIK/25/2020 by way of originating summons dated 30th October, 2020, before the Osun State High Court sitting at Ikirun Judicial Division wherein, he sought various declaratory reliefs against the party (PDP) and other individual members of the party.

The party, while calling on the National Judicial Council (NJC) to investigate some of the cases handled by Justice Aderibigbe, also demanded that the competence of the jurist should be subjected to scrutiny.

Previous: YPP vows to wrestle power from APC in Kwara
Next: APC Crisis: Surprise as Akpanudoedehe and Buni’s aides resume work at secretariat