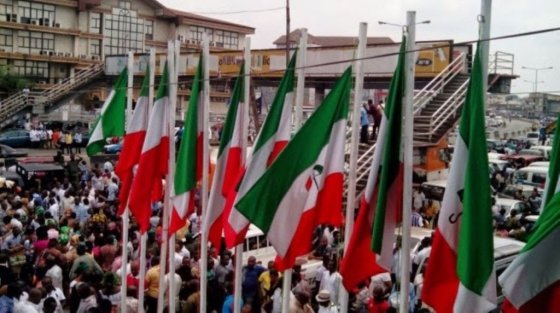 Acting Chairman of the Peoples Democratic Party (PDP) in Osun State, Mr. Sunday Olatunde Akanfe, has vowed that 2022 would be the end of All Progressives Congress (APC) in the state, adding that they would dislodge the ruling ruling party.

Akanfe made this declaration in Akure on Saturday during his swearing in by the National Vice Chairman, South West, Dr. Eddy Olafeso.

He noted that there was no crisis within the major opposition party in the state, revealing that party members were united and determined to win next election.

Akanfe admitted that his position was temporary, pending the outcome of the investigation panel set up by the national leadership to probe substantive chairman, Sola Adagunodo.

“I want to assure you that the PDP under my leadership will swing into action to close ranks within the party and move it to a greater height. In the last couple of days, the party has reached out to aggrieved members and the move has started yielding positive results.”

The state Publicity Secretary, Mr. Sunday Bisi expressed their unflinching loyalty towards the new acting chairman. Olafeso urged party members to work together to take back the state from APC.

Previous: Buhari to Governors: Any of you expecting free money will never get it
Next: Ogun PDP Crisis: Kashamu’s faction dares national leadership over new excos