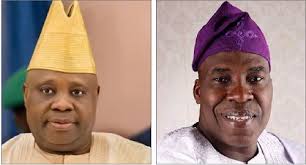 Ahead of the  Osun State gubernatorial election, the Commissioner of Police in the State, Olawale Olokode has asked all the political parties participating in the election to submit their itineraries to his office.

Speaking in Osogbo, the state capital, the state CP  also revealed that he has rejigged the security apparatus in the State to accommodate the peculiarity of this period.

Olokode emphasised that this was to avoid and safeguard against clash of interest among political activities and to ensure adequate security coverage preceding the election.

He made this known via instructions contained in a statement signed by Yemisi Opalola, the Osun Police Public Relations Officer.

In the instructions, handed down to the representatives of the political parties during a meeting at the Osun Police Command headquarters, Osogbo, on Monday, the Commissioner of Police who counselled politicians to play according to the rules, solicited understanding and cooperation between the candidates and their political parties.

“The CP also advises political parties/politicians to play the political game by the stipulated rules and ensure their campaign, procession and rallies does not hinder the legitimate activities/business of the citizens/road users.

“The CP further solicits for the understanding, collaboration and cooperation of all political parties and stronger synergy between the police and members of the public to sustain the peaceful environment being enjoyed in the State,” he said.