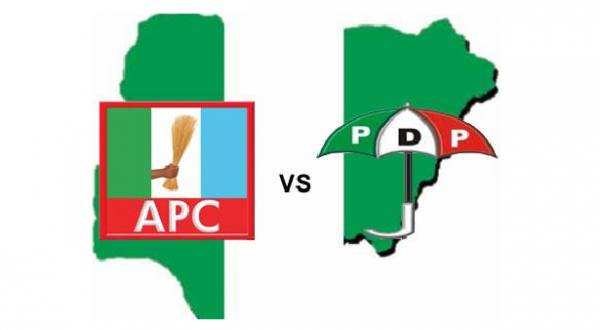 The All Progressives Congress (APC) in the Osun State has described the opposition Peoples Democratic Party (PDP) in the state as an assembly of violence and terror  minded people who should never be give n the opportunity of governing the state again.

This assessment was contained in a statement issued from the party’s Directorate of Publicity, Research and Strategy, signed by its director, Kunle Oyatomi, and made available to newsmen in Osogbo, the state capital.

The APC referred to what transpired between Adagunodo’s and Adeleke’s camps, which led to the arrest of eight members of the party who were later ordered by a Magistrate Court in Osogbo to be remanded in Ilesa Correctional Centre for allegedly attempting to kill two chieftains of the PDP in the state, The Nation reports.

According to the APC, ”we strongly warn the PDP to stop breaching the peace of the state by causing chaos in the guise of political meetings.

“It is a pity that Osun PDP leaders lacked managerial skills and understanding on how to put its house in order and manage internal crisis affecting the party,” adding that “a poor crisis manager who cannot unite and protect its members cannot be trusted with the responsibility of governing the state.

“People could still remember that during its tenure, the PDP administration promoted chaos, terror and violence to an unimaginable level.

“Since PDP’s exit from power, however, peace returned to Osun. Our people have from 2010 embraced the peace and harmony that APC government heralded.

“This is one of the cardinal programmes of the APC government. Ours is not a government that fans the embers of disquiet, discord and chaos.”.

Previous: Nobody can remove Oshiomhole, Obaseki creating confusion- APC groups
Next: Bayelsa: I have no regret requesting for judgement review- Wole Olanipekun