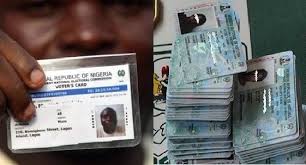 In preparation for the 2023 general election, the Independent National Electoral Commission (INEC) on Tuesday announced that a total of 1,091,157 old Permanent Voter Cards (PVCs) are still uncollected by their owners in Lagos state.

The commission also said that after two months it flagged off distribution of 34,242 newly printed PVCs for new registrants; only 6, 382 applicants had come for collection across the state.

Mr Olusegun Agbaje, the Resident Electoral Commissioner of INEC, made this known at the Stakeholders’ Meeting on Election with leaders of political parties, on Tuesday in Ikeja.

Agbaje described the low rate of PVCs collection across the 20 local government areas as unimpressive.

This development, he said, puts the state at fifth position nationwide in the number of new registered voters.

He said: “The low rate of PVC collection in Lagos State is worrisome as only 6,382 PVCs out of 34,242 received from the Commission’s Headquarters for the first and second quarters CVR had been collected by their owners. This is just 18.6 per cent.

Previous: Osun Guber: INEC warns politicians against resorting to social media
Next: Tinubu’s certificate shouldn’t be an issue if INEC has an efficient record keeping- Uzodinma