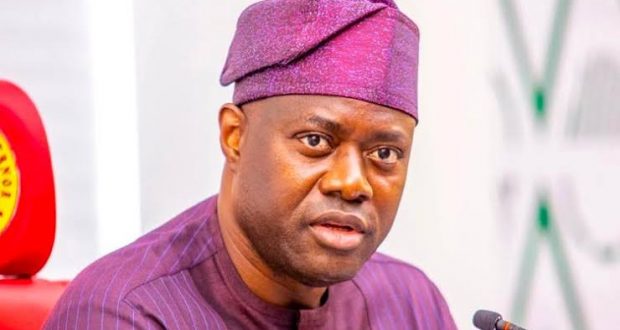 A top stalwart  of the All Progressives Congress (APC) in Oyo State, Engineer Oyedele Hakeem Alao, has said that Governor Seyi Makinde cannot use corruption allegations tarnish the image of the party.

Alao made this disclosure on Monday.

It will be recalled  that Makinde had a few days ago said that some members of APC who served during the last administration led by Ajimobi had cornered about N150 billion belonging to the state.

He added that that his government is currently pursuing those who looted the money.

Reacting, he explained that Makinde intended to use the allegation of fraud to de-market the APC.

He berated Makinde for vowing that there would be no hiding place for members of the party who looted the state’s funds.

He said that the governor is living in a glass house and throwing stones.

Alao who spoke further said that it was under the administration of Makinde that the state Accountant-General was arrested by the Economic and Financial Crimes Commission (EFCC) for corruption for the first time.

He explained further that the recent revelation by Dataphyte on the award of contract for school notebooks at N998 million with each copy of 60 leaves costing N2,100 was the highest peak of corruption in his government.

Alao said, “It is now glaring to every right-thinking person in the state that Governor Makinde is running a government of deceit by raising an alarm of looting to de-market the APC while his own administration is the worst in the history of the state with massive looting of the state resources under the guise of phantom projects.

“If indeed the governor is sincere in his latest claim, there are many questions which the people of the state would want him to provide answers to, why is it taking him this long to tag the APC as a party of looters?

“How come is it now that he has declared interest to contest for a second term that he is accusing the opposition party of corruption? and why is it becoming difficult for his administration to reveal the debt profile of the state under his watch?”

Previous: 2023 Presidency: Igbos are the problems of themselves- Apostle Suleiman
Next: Zamfara: Ex-gov Yari’s camp reacts to reported defection to APC