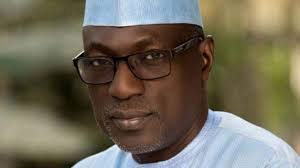 The intimation was made by the bPDP National Publicity Secretary, Hon. Debo Ologunagba, on Monday,

According to him, the committee is to consider appeals arising from the conduct of the Local Government Area Congresses in Anambra State.

The statement stated that , the exercise is scheduled to hold  today at the PDP National Secretariat, Wadata Plaza, Wuse Zone 5, Abuja.