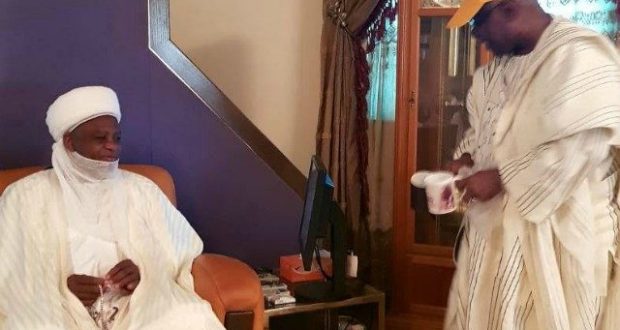 An open challenge has been issued by a PDP National Chairmanship aspirant, Bode George to other aspirants.

He is challenging others to an open debate on their vision and agenda for the party.

This is part of a statement issued by his Political Adviser and Media aAde, Uthman Fadipe on Sunday during his nationwide tour of party delegates in Sokoto.

He said whoever wants to lead the party should come to a debate that will showcase the norms and traditional values of the party.

The former PDP Vice Chairman told the delegates that he is a committed party man who will deliver the best if elected.

He also said that the micro-zoning of the National Chairmanship to the South West would be in the best interest of the party which is in line to promote equity and balance in the distribution of party offices as proposed by the party’s founding fathers.

He praised the Sultan of Sokoto, Sa’ad Abubakar III for his patriotism and embracing of all Nigerians irrespective of their faith or tribe.

The PDP has fixed December 9 for its Elective Convention.

Previous: Whoever God has chosen may He allow him to lead us to victory in 2019 – Dokpesi
Next: Atiku was a tenant in APC, he should return to PDP where he is a landlord – George