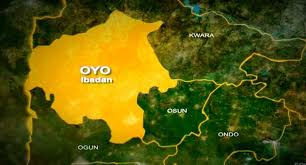 Some top stakeholders of the Peoples Democratic Party (PDP) in the Ibadan North East/ Ibadan South East Federal Constituency have kicked against an automatic ticket for the incumbent member of the House of Representatives representing the constituency, Hon. Abass Adigun.

The party chieftains made this disclosure on Sunday in Ibadan, Oyo State capital.

It will be recalled that some leaders of the party had on Sunday met at the house of the Commissioner for Local Government and Chieftaincy Affairs, Barrister Bayo Lawal.

They met in order to reach a consensus to adopt a candidate that will represent the party in 2023.

It was learnt that Mr Adeleke pleaded with those present at the meeting to give the automatic ticket to Adigun who currently represents the constituency.

It was at this time that the chieftains of the party rejected the suggestion.

It was gathered that the majority of the stakeholders and leaders from Ibadan North East vehemently rejected the nomination of Adigun.

They alleged that Adigun neglected the party leaders immediately he assumed office in 2019.

They warned leaders from Ibadan South East Local Government not to repeat such a mistake in 2023.

The leaders added that the party should present a candidate that will not take them for granted.

It was gathered that some of those who spoke included Arulogun, who was supported by Oladoja, Inakoju, Abidikugu and Adesina.

They all rejected the proposed automatic ticket for Adigun as suggested by Adeleke.

They warned that any attempt to impose Adigun on the party may spell doom for the party.

The leaders who opposed Adeleke’s plea for an automatic ticket for Adigun, then called on Governor Seyi Makinde and Ambassador Taofeek Arapaja to respect the decision of majority of the stakeholders.

They promised to bring this development to the notice of the duo in order for them to intervene.

Previous: PDP woos women ahead of 2023 elections
Next: 2023 Presidency: Group describes Osinbajo as the Moses of Nigeria