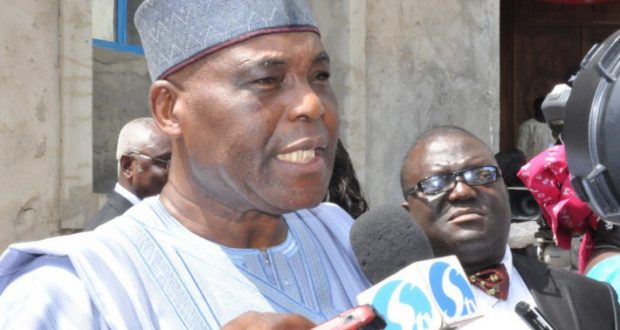 Congratulatory messages are pouring in for the new National Chairman of the Peoples Democratic Party (PDP).

Dokpesi, who had earlier faulted the process of the party’s National Convention held in Abuja on Saturday, declared that “the Delegates have spoken”.

“Ì appreciate the Delegates for voting at the Convention and congratulate the newly elected National Working Committee of the PDP led by Secondus.

“You will recall that I said that the PDP must be the ultimate winner at the end of the contest.

“God bless the Peoples Democratic Party. Congratulations PDP as I wish all our members the best of luck,” Dokpesi said.

Meanwhile, the new National Chairman of the PDP, Uche Secondus, has pledged that the party, under his watch, would adhere strictly to internal democracy with a deliberate policy to return ‘real’ power to the people.

Previous: PDP Convention: Era of imposition and impunity over – Secondus
Next: #PDPConvention2017: Here comes the new National Executive of PDP