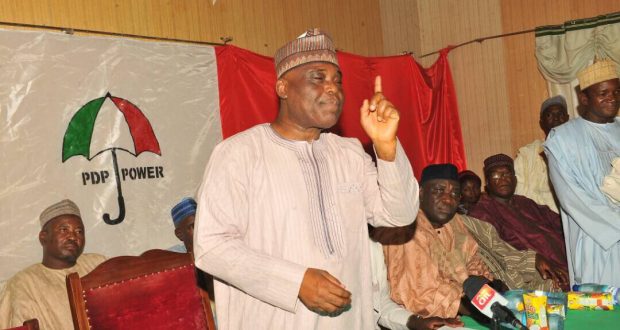 A National Chairmanship aspirant of the Peoples Democratic Party (PDP), Raymond Dokpesi, has called on others seeking election in the December Convention and their supporters to eschew bitterness and embrace peace.

Dokpesi gave the advice in a statement issued by the Director General of his campaign organisation, Baba Kachalla, on Tuesday in Abuja.

He said that the advice became necessary following the growing tendency of members and supporters of different contestants to resort to abuses to denigrate opponents in the media.

“The National Convention scheduled for December 9 to December 10 is an internal political contest to elect officers of the party that will run the day to day affairs of the PDP at the national level.

“The resort to name-calling, blackmail and antagonism is an ill-wind that does no one any good.

“It will rather destroy the internal cohesion of the party and potentially set aside the familial and cordial spirit needed to carry out the task of the PDP towards winning the hearts of Nigerians.

“We consequently appeal to the aspirants and PDP members to advise their supporters to sheath their swords and stay focused on the task ahead,” he said.

Dokpesi reminded party members that many leaders had set good examples right from 1998 to make the PDP an enviable political platform with democratic ideals and institutional harmony.

Previous: Osinbajo joins other world leaders at the inauguration of Kenyatta in Kenya
Next: I will be in APC for the rest of my life, says Adamawa governor