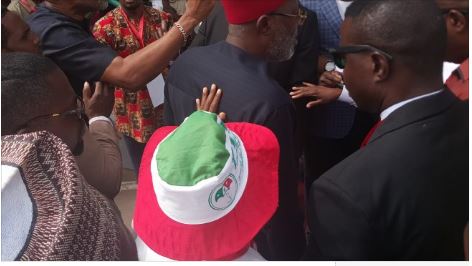 After exchanging pleasantries with some people, Metuh headed towards the state box but the security personnel stopped him.

A shouting match ensued but the operatives stood their ground, forcing the former image maker of the opposition to step back.

The issue was later addressed by the chairman of the convention committee, Governor Ifeanyi Okowa.

Watch the video below.