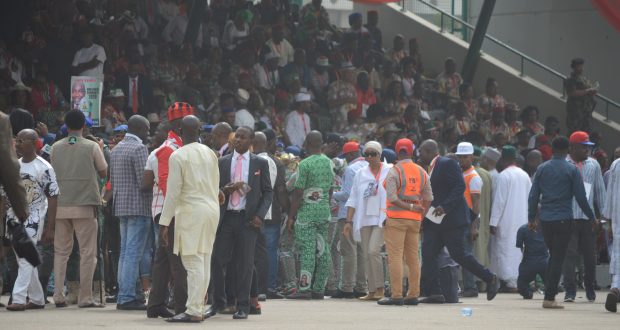 Two National Chairmanship candidates of the Peoples Democratic Party (PDP),  Raymond Dokpesi and Tunde Adeniran, have rejected the outcome of the party’s National Convention and the process that led to the emergence of key officers.

The candidates announced their positions in separate interviews with journalists at the Eagle Square venue of the Convention on Saturday in Abuja.

Dokpesi said he rejected the outcome of the elections following alleged distribution of a “so-called unity list” to delegates, describing it as a charade that may destroy the party.

He said that the process of voting had been rigged following the distribution of the list, which contained names of candidates believed to have won elections into various positions in the party at the Convention.

He explained that the 21 names of candidates contained in the list appeared on the ballot papers as number one and in the voting boots as number one.

Dokpesi said that complaints were lodged to the Chairman of the Convention Electoral Committee, Gabriel Suswam, who confirmed that he had seen the list with some Delegates but that he was overwhelmed.

He said it was unfortunate that a party which was just getting out of a major leadership crisis would be involved in acts of impunity and election malpractice.

He called on the party leadership to urgently rectify the anomaly before it became another major challenge in the party ahead of the 2019 general elections.

Similarly, Taiwo Akeju, Director, Media and Publicity of the Adeniran Campaign Organisation, called for the cancellation of the entire exercise.

He accused Rivers Governor, Nyesom Wike and his Ekiti counterpart, Ayodele Fayose, of being the masterminds of the unity list distributed to the Delegates.

“We reject the entire electoral process. The election has been grossly compromised to achieve a predetermined end.

“The illegal unity list is prepared by Wike and Fayose to foist on the entire Delegates” he said.

Akeju, however, called on the Board of Trustees (BOT) of the party to takeover the affairs of the party until proper election would be conducted since the National Caretaker Committee has been dissolved.

The rejection of the unity list by the frontline chairmanship candidates, was done before the final collation of the elections results. 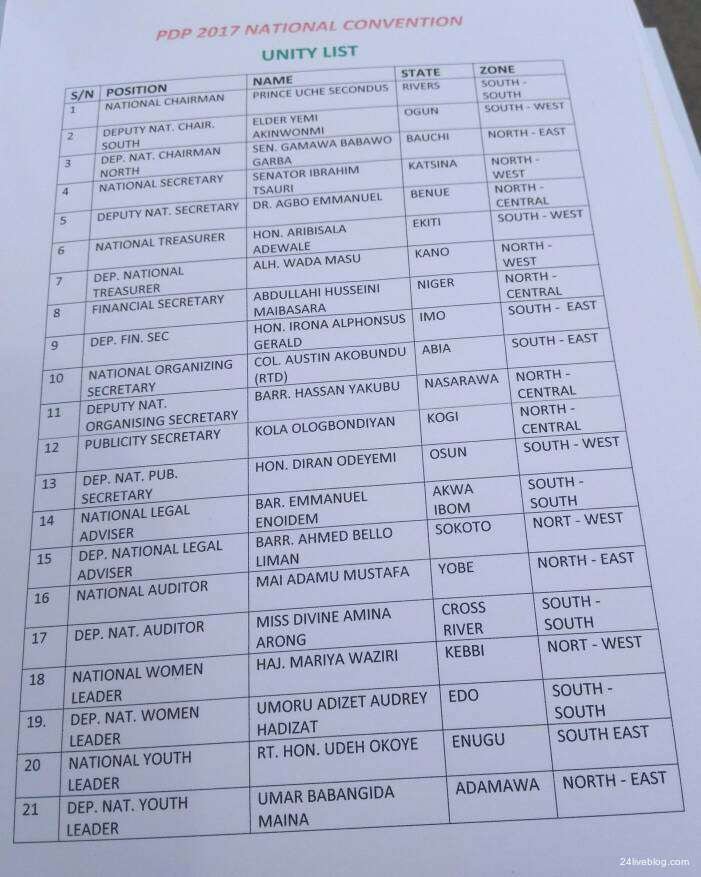