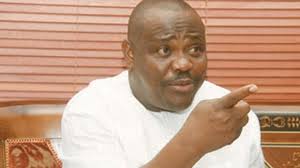 A mild drama cropped up on Thursday as Rivers Governor Nyesom Wike stormed the venue where members of the Board of Trustees (BoT) of the Peoples Democratic Party (PDP) were meeting.

Wike’s sudden appearance at the meeting must have unsettled the meeting as Governors are not members of the BoT and do not attend the party’s BoT meetings.

The Rivers Governor had walked into the National Executive Committee (NEC) Hall where the meeting was being held when the PDP National Chairman, Prince Uche Secondus was delivering his opening address.

Many eyes turned to behold the arrival of the Governor who promptly took his seat among the attendees.

As of the time of filing this report, it could not be ascertained if the Governor was attending the meeting on the invitation of the BoT, The Nation reports.

Spotting a pair of white short-sleeved kaftan with a red Igbo traditional cap, the Governor, who looked visibly agitated, was given the attendance register to sign as soon as he took his seat.

Wike has been at loggerheads with Secondus for the past few months and he is widely believed to be mastermind of ongoing plots to remove the party chairman from office.

Previous: Yari to Matawalle: Whether you like it or not, I remain APC leader in Zamfara
Next: Gov Oyetola is destroying Osun APC, ex-Commissioner cries out 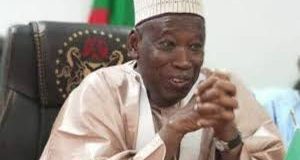 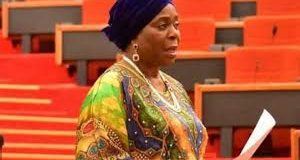 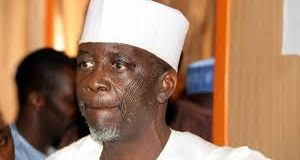