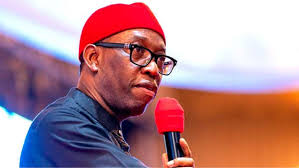 The opposition Peoples Democratic Party, PDP, will in the next few hours, announce the Delta State Governor, Ifeanyi Okowa as the running mate of the party’s presidential candidate, Atiku Abubakar.

According to Arise tv, contrary to the reports that the Rivers State Governor, Nyesom Wike would emerge as Atiku’s running mate, Arise the party has settled for Okowa.