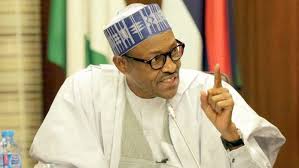 PDP Governors to Buhari: You have turned Presidential Bills to APC headquarters

The Govermors of the main opposition, the Peoples Democratic Party on Monday, accused President Muhammadu Buhari of turning the Presidential Villa into the headquarters of the All Progressives Congress, APC.

The accusation was made by the Governors  during their meeting in Bauchi State, where they deliberated on the state of the nation.

Part of the  communiqué issued at the end of the meeting alleged  that some of its governors are being coerced and paraded at the Presidential Villa.

They accused APC of using “underhand tactics to arm twist” some of its governors into decamping to the ruling party.

Part of the communiqué reads “The meeting condemned, once again, the use of underhand tactics to arm twist some PDP Governors and other stakeholders to join the APC, a political party that has wrecked Nigeria’s economy, turned Nigeria into a killing field and has nothing to offer Nigerians but misery and bad governance.

“The Governors condemned Mr President and APC for turning the Presidential Villa, that belongs to all Nigerians, into the new APC headquarters, where coerced PDP members are being paraded at intervals