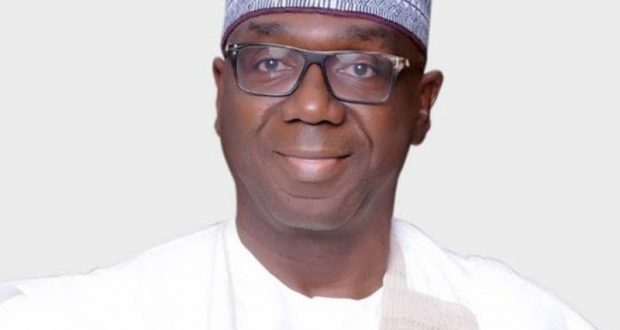 The Peoples Democratic Party(PDP) on Saturday blamed Kwara state government for the breakdown of law and other in Ilorin.

The opposition party’s blame is coming following Friday’s looting of COVID-19 palliatives kept in a warehouse at the Ilorin airport.

In a statement released in Ilorin by the party’s state Publicity Secretary, Mr.Tunde Ashaolu, PDP said that, if the state government had distributed the palliatives on time to residents instead of hoarding them, it would not have led to the breakdown of law and order in the state.

Residents on Friday invaded the Ilorin Cargo Terminal, where relief materials donated to the State by the Private Sector-led Coalition Against COVID-19 (CACOVID) were carted away by residents of the State capital.

The development also led to the looting of Shoprite and several ither privately owned businesses in the state.

According to the statement, it was highly unfortunate, tomfoolery and downright insensitive of the State government to have hoarded relief items meant for vulnerable Kwarans,”

The statement added that, there was no excuse for the government’s action.

The PDP noted that, “As a party, we are utterly shocked and surprised that the Kwara State Government had for months hoarded relief items donated to the State by the Private Sector-led Coalition Against COVID-19 (CACOVID), and which ought to have been distributed to vulnerable Kwarans.

“How could any responsible government stock food items while majority of its people are hungry and angry? This is highly unfortunate, tomfoolery and further exposes the insensitivity of the Governor Abdulrazaq-led administration to the plight of suffering Kwarans.

“Considering the prevailing economic realities, there is no excuse for the State government to have stockpiled that huge relief materials meant for vulnerable Kwarans.

“The people of Kwara have endured so much suffering and insensitivity under the present APC-led administration and the mass action witnessed on Friday is a clear indication that the people’s patience has been exhausted.

“While we strongly condemn looting of several stores within the metropolis by some rogue residents, PDP stated further that, “we are suprised that despite claims by the State Government that it got intelligence report ahead of the attack, it did absolutely nothing to secure identified flash points and beef up security within the metropolis.

“The Governor Abdulrahman Abdulrazaq-led administration should therefore take responsibility for what happened on Friday in Ilorin and its attendant consequences including the deaths of innocent poor Kwarans and the looting of several stores in town”.

The party said: “We urge the State Government to be alive to to its responsibility of securing lives and property of Kwarans and residents of the State.

” We also appeal to the Government to initiate steps to compensate business owners who have suffered huge losses arising from these unfortunate incidents.

“Our party also condemns the use of lethal force and killing of Kwarans by some trigger-happy security officials.

“We commiserate with the families and loved ones of the deceased and share in the pains and anguish of Kwarans. We also urge probe into the shootings that led to the avoidable deaths.

“As a responsible and peace-loving party, we call on security operatives in the State to handle the current situation with calmness and high level of professionalism, and not react with force to any provocation to avoid further casualties. Residents are also urged to comply with the 24-hour curfew imposed by the government to arrest the situation

Previous: State of the Nation: PDP puts all political activities on hold
Next: “Obasanjo not fit to comment on Lekki shootings, he should keep quiet,”- Odi community leaders