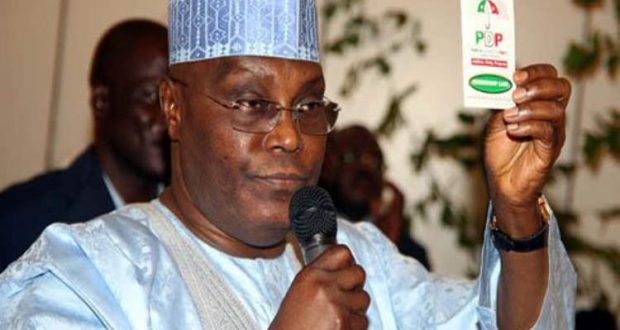 His visit is coming two days after he returned to the party which he left in 2014.

The Convention Planning Committee of the party, set up to organise the elective national convention, coming up, on Saturday, in Abuja, has banned the display of campaign posters of any presidential aspirants at the Eagle Square, venue of the convention.

The committee, headed by the Governor of Delta State,  Ifeanyi Okowa, also barred the supporters of the presidential contenders from the venue on Saturday.

The Publicity Secretary of the caretaker committee, Dayo Adeyeye, confirmed the planned visit .

“It is true. We are expecting him on Tuesday. It is also an indication that his coming is real and that he means business. We are actually expecting him by noon,” he added.

As a former vice-president, the constitution of the party allows him to attend the convention.

Meanwhile, the PDP has said that there was no concession for the former APC presidential aspirant or any other persons coming in to the party.

Makarfi stated this during the inauguration of the party Convention Planning Committee.

He explained that Atiku, however, did not seek any concession or special terms before returning to the party, adding that he returned, voluntarily, to the party.

Makarfi added, “The Waziri Adamawa did not seek any special concession, any special terms; he joined on his own terms and decision.

Explaining further on the position of the party on Atiku’s return, the caretaker committee chairman stated, “I read in some papers as if the party made a deal to concede something to him; this is far from the truth.

“He never asked for anything and we never offered anything. Whatever aspiration he or anybody coming to PDP may have, they will be free to pursue them.

“PDP men and women are free to pursue whatever aspirations they have. The party will provide a level playing field for everybody to exercise their right to give their mandate to whoever they want to give it to.”