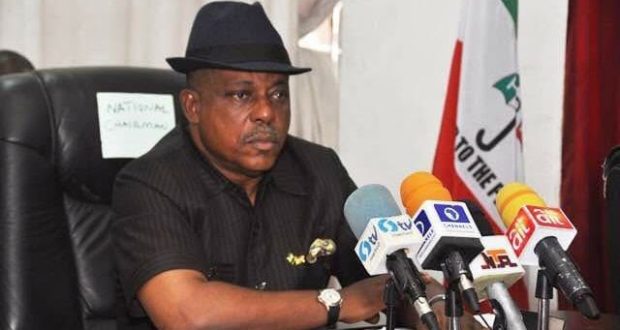 PDP plans to stage protest at embassies of EU, AU in Abuja

Major stakeholders of the Peoples Democratic Party will on Tuesday (today) protest at the embassies of European Union and the African Union in Abuja.

He said the protest, which was planned to be peaceful and non-violent, would take off by 10am at the party’ complex in Maitama, Abuja, Punch reports.

Recall that the PDP leadership and members had protested at the Abuja embassies of the United States, United Kingdom and some states in Nigeria against the January 14 judgment of the Supreme Court which sacked the 2019 Imo State PDP governorship candidate, Chief Emeka Ihedioha and declared the candidate of the All Progressives Congress, Senator Hope Uzodinma, as the duly elected governor of the state.

Akobundu said, “In continuation of our protests as ordered by National Executive Committee, the National Chairman (Uche Secodnus) has directed that all members of the NWC, BOT, leadership and members of the National Assembly, and other critical stakeholders of our great party will be presenting our petitions to the Embassies of the European Union and African Union on the state of affairs in the country.”