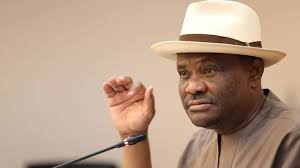 A former top chieftain of the All Progressive Congress APC in Rivers a former Chairman of the party in the state, Igo Aguma said that Governor Nyesom Wike was technically rigged out of the presidential primaries of the Peoples Democratic party

He made this statement  during an interview in Port Harcourt on Thursday.

Aguma, who is now a member of the PDP, claimed that the leadership of the party betrayed Governor Wike by allowing a second chance for Aminu Tambuwal to announce his withdrawal from the contest,

According to him, some South-South States sold out during the election.

He said, “We were poised to win. We were technically rigged out. We saw a proper conspiracy. When they had said everybody was given 5 minutes to talk and we now saw a long interlude, the next thing we heard is there is a special announcement to be made and his Excellency, Governor Tambuwal walked out and made an announcement, stepping down for Atiku, making a speech longer than 5 minutes, that’s the rigging. It was choreographed.

“Technically, the stepping down and ability to announce it has a sweeping effect. If he was to go there and communicate that he was stepping down, it won’t go round. And then the stepping down, the way it was announced and the speech that preceded it was as though there was a directive from somewhere.

“If we use to think that the South-East has an issue, we the South-South have a serious issue”.