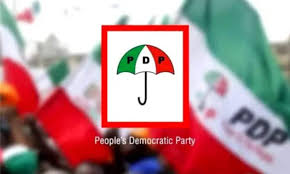 The leadership of the People Democratic Party  in Zamfara State has fixed Friday (tday) for a rerun of governorship primary in the northwest state.

It will be recalled that a federal High Court in the state had cancelled the party’s governorship primary won by Alhaji Dauda Lawal Dare.

The court in its ruling cited  violation of party’s constitutional regulations and guidelines as reasons for nullifying the primaries.

It will also be recalled that a  former federal lawmaker Alhaji Ibrahim Shehu Gusau, had approached the court to cancel  the election which he said was highly characterized by gross irregularities.

Speaking, the state chairman of the party, Alhaji Ahmad Sani Kaura, said they have fully prepared for  the primary election in the state.

“The Peoples Democratic Party is a law- abiding entity and we are complying with the court order to conduct a fresh primary election. The contestants remain the same, Alhaji Dauda Lawal Dare, Ibrahim Shehu Gusau, Wadatau Madawaki and Hafiz Nahuche.

“The national headquarters of our party has scheduled the rerun to hold on 23 September 2022 (tomorrow). Officials from the headquarters are coming to Gusau to conduct a peaceful and acceptable election.

“As I’m talking to you, congresses are being held in wards to ensure gender compliance because part of what court said was that women were excluded from the delegate list. We are including them now.”