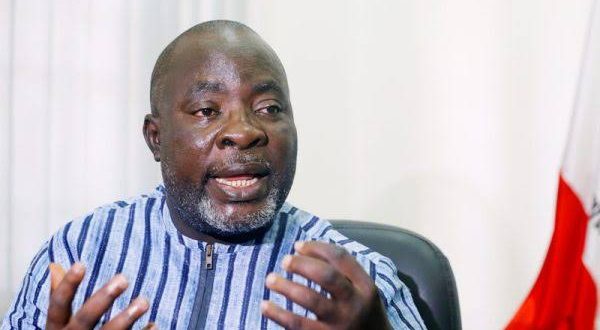 The major opposition, the Peoples Democratic Party (PDP) has chided president Mohammadu Buhari for claiming that his party, APC swept poll in the just concluded by-elections .

Lending its voice on the matter, PDP through its spokesman, Kola Ologbodiyan said used the statement as a means decoy to divert peoples attention from the woeful failures of his party.

It said that Buhari having noticed that the image of his party has dwindled, is making several and desperate moves to review it.

Acccording to the party, Buhari is just a lame-duck President who has abdicated his presidential responsibilities to petty Political issues

It said; “Moreover, the PDP is in clear lead in Zamfara where the INEC returning officer, Prof. Ibrahim Magatawa, openly betrayed the plot between INEC and APC to allocate votes for the APC and rig the Bakura State Constituency bye-election.

“The shameful enterprise witnessed in Zamfara only goes to further confirm how the APC rigged isolated bye-elections in Katsina, Kogi, Borno and Lagos where INEC officers were used to allocate fictitious figures away from the genuine ballots cast, which placed the PDP in clear lead.

“Such resort to rigging by the APC only confirmed its heightened unpopularity given the failures of its administrations both at federal and state levels, including wrecking our economy and pampering terrorists, bandits and kidnappers who are ravaging our communities and murdering our compatriots in the most vicious manner.

“Indeed, no well-meaning Nigerian can truly support such a corrupt party and incompetent government that have not only failed but has also roundly betrayed our nation, looted our treasury, destroyed our pride as a country and brought so much hardship and suffering to the people in a space of five years.

“It is indeed appalling that at a time Nigerians expect Mr. President to frontally tackle the escalated insecurity under his incompetent watch, particularly in dealing with the recent massacre in Borno state, he is more interested in praise singing of a party that have been rejected by Nigerians.

“Such dereliction of duty is a direct spat on the victims of mindless killings in our country and an insult on the generality of suffering Nigerians.

“As a party, the PDP asserts that since Mr. President has demonstrated his preference for party politics above governance, he should take a crash course on party spokesmanship, relocate to the APC national secretariat to join Alhaji Mai Bala Buni and leave governance for more capable and competent hands to pilot the affairs of our nation,” it said