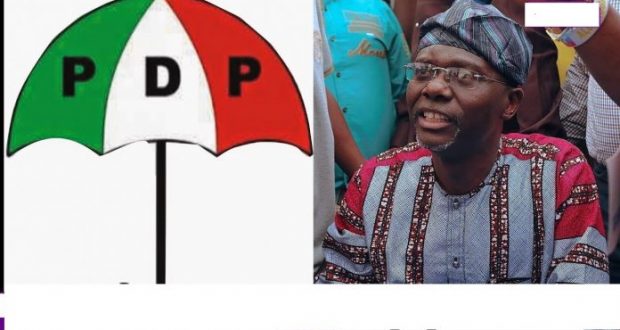 PDP to Sanwo-Olu: Stop pretending, you knew about deployment of soldiers to Lekki

The Peoples Democratic Party (PDP) in Lagos State has commiserated with Gov. Babajide Sanwo-Olu, Oba of Lagos, Oba Rilwanu Akiolu and all victims of the #EndSARS protests which resulted in arson and violence on Wednesday.

The party said on Thursday that it also sympathised with security agencies over the attacks by hoodlums who infiltrated the peaceful protests.

“The empathy is to all protesters, security personnel, citizens, businesses, Oba of Lagos and indeed the state Governor, Babajide Sanwo-Olu, all who have suffered deaths, injuries, property damage and loss,” it said in a statement by its Publicity Secretary, Mr Taofik Gani.

The PDP spokesman, however, urged Sanwo-Olu to take responsibility for the aftermath of the alleged military brutality on the peaceful protesters at Lekki Toll Plaza area.

He said: “No doubt, Gov.Sanwo-Olu was aware that the military was deployed to enforce the sudden curfew he knowingly and personally imposed on the state, disregarding all advice against such action.

“Sanwo-Olu needs to exit from the narrative of his pretence and denial.

“The party posits that the humane and expected immediate response of the state governor should have been to console the victims by making state broadcast to unequivocally apologise for the military brutality.

“The governor should make immediate visit to the Military Barracks where the soldiers got deployed in order to identify the command that deployed them if truly he didn’t support the deployment.”

According to him, the governor should also announce that all injured victims be treated and bills passed to the government, while the dead be given state burial.

The News Agency of Nigeria reports that Sanwo-Olu had visited several hospitals to check on the injured victims of Tuesday’s evening alleged attacks on #EndSARS by soldiers.

The development escalated violence in Lagos on Wednesday when aggrieved youths began massive destruction and razing of public and private facilities and vehicles, including invasion of the Palace of the Oba of Lagos, Rilwanu Akiolu