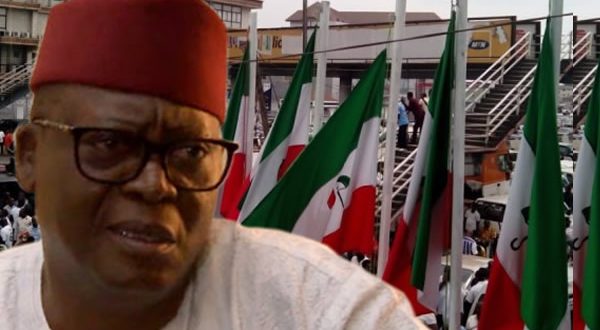 The National Caretaker Committee of the Peoples Democratic Party (PDP) said it had uncovered plans by some elements within the party to hold a parallel National Convention on December 9.

The National Publicity Secretary of the committee, Dayo Adeyeye, made this known at a news conference at the party’s National Secretariat in Abuja on Friday.

Adeyeye alleged the move was a “sabotage’’ by some persons who had allowed themselves to be used by All Progressives Congress (APC) to cause divisions in the PDP.

He added that the attempt was totally uncalled for, noting that those making such plans were honest members of PDP.

He said the Caretaker Committee has been working very hard to carry all party members and supporters along towards organising a successful Convention.

“We are also putting our resources in place to address all the fears earlier reported by some National Chairmanship aspirants.

“One of the steps taken by the leadership is to make available and in good time, the comprehensive names of all the delegates for the National Convention to all the aspirants before the Convention.

“We therefore see no reason for any honest member of this great party to want to disrupt our programmes, except they are of course working for the ruling party, the APC,’’ Adeyeye said.

He assured that the Committee would address all concerns of members regarding the Convention.