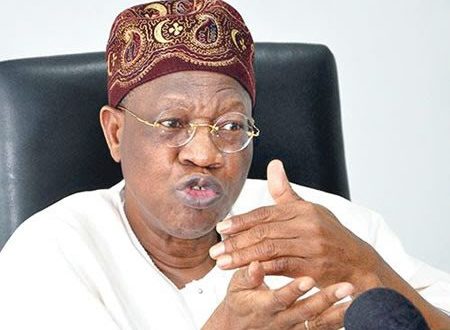 The Peoples Democratic Party (PDP) has lambasted the Minister of Information and Culture, Alhaji Lai Mohammed for requesting for $500 million loan for the for Nigerian Television Authorities (NTA) facilities.

The party has told the Minister to perish the thoughts of further mortgaging the country’s future with the $500 million (N182 billion) loan.

The Minister had on Monday, announced the planned upgrade of the NTA with the said loan, saying with the $500 million facility, the NTA would be in a position to compete with American Cable Network News (CNN).

But in a statement by the spokesmen for the PDP, Kola Ologbondiyan, the main opposition party called on the National Assembly to save the nation by refusing the request.

According to the PDP, it’s one of the ploys by President Muhammadu Buhari to plunge the country into more debts through the request.

The party further urged the federal legislature not to grant the President’s $29.9 billion loan request pending before it, saying the Minister’s $500 million request and other unexplained subheads were embedded in the pending $29.9 loan request submitted by the President.

The statement said, “The PDP implores the National Assembly to reject the clear attempt by the cabal in the Buhari Presidency to worsen the economic situation in our country via the use of phony projects as guise to draw foreign funds to service their selfish economic and political interests.

“The party notes that under the Buhari Presidency, our foreign debt has accumulated to $83 billion dollars with nothing to show other than excruciating unemployment rate, decayed infrastructure, a worsening governance system, escalated insecurity and unprecedented poverty.

“The PDP alerts that the request for the approval of $500 million is aimed at setting the stage for further fleecing of our nation’s economy as the Federal Government under the Buhari administration has shown no commitment towards nation building, transparency and accountability in governance.

“Moreover, the Federal Government has failed to present details of the requested $29.9 billion dollars loan in which the $500 million being requested by the Minister of Information and Culture is embedded; a development that points to nothing but the corruption in the Buhari administration.

“While counselling the Minister to perish the thoughts of $500 million, the PDP charges him to use his appearance at the National Assembly to give account of the funds so far released to the Ministry of Information and Culture which has been plagued by cases and allegations of corruption under his watch”.

The party urged the National Assembly to shelve all requests for foreign loans until the Presidency heeds to the demand by Nigerians to open its books and publish details of all financial transactions on foreign loans, as well as spendings from the federation account.

This, according to the PDP, has become necessary to safeguard the economy from what it described as the bazaar of the corrupt cabal in the Buhari Presidency