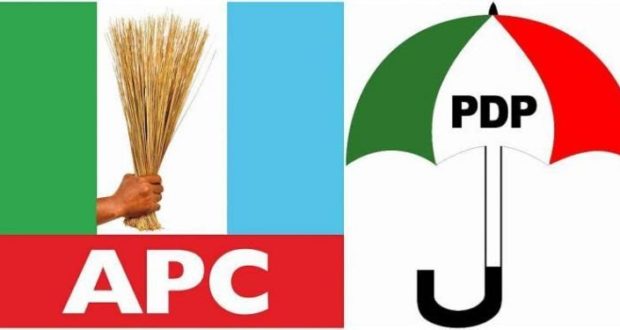 The factional chairman of the People’s Democratic Party in Ekiti State, Hon. Bisi Kolawole has vowed that the party party would kick out  the ruling All Progressives Congress from the state in the 2022 gubernatorial election.

Kolawole, in a statement by his Special Adviser, on Media and Publicity, Bola Agboola, said the election will be a referendum on the Governor Kayode Fayemi-led APC’s years of governance in the state.

He described the performance of the APC-led government as abysmal and shoddy, claiming that the citizenry are eagerly waiting for the PDP to take over and deliver superlative benefits inherent in democratic governance.

Kolawole said the party had mapped out strategies to unseat the ruling party, saying 2022 will be the beginning of the unavoidable end of the APC-led government in the state.

“The people are hungry, market women are waiting for us to come back. We are all suffering in Ekiti; the people are keeping quiet because they know it’s just a matter of time before APC is chased away with their votes.

“APC is not a party that cares about the people. In Ekiti, what you have is a click of about four people micro-managing the commonwealth and resources of the state. Nothing is happening in terms of development, nothing is happening on the streets. The masses are waiting for PDP to take over governance because that is the only time they enjoy life,” he said.

While expressing optimistic that the opposition party would resolve its internal crisis, Kolawole promised to run all-inclusive administration that will bring all aggrieved members together towards building a virile and united PDP ahead of 2022 poll.

“The agenda of this State Working Committee (SWC) is to unify the party and then go ahead to win elections. We’ll conduct free and fair primary, whoever emerges as our candidate we will all support because the process will be very open and fair.

“The target is the government house and we are chasing away the remnants of APC after Governor Kayode Fayemi’s tenure because Ekiti is a PDP State and we all know that but for the jagajaga they did, we won the last election.

“The agenda is to take over governance in Ekiti. In-house, we’ll be fair to all that is interested in becoming the governor of Ekiti, we’ll allow them contest fairly, we’ll give them equal opportunities and whoever emerges winner will be supported.”

In his reaction, the APC through its state Publicity Secretary, Ade Ajayi described PDP’s outburst as a sour grape in the mouth of the opposition party, adding that the opposition party’s position was not the through reflection of the view of the people state.

Ajayi said Fayemi has been preoccupied with “cleaning the mess” left behind by the former Governor Ayodele Fayose-led PDP administration and turning around the moribund fortune of the state.

He noted that the governor has recorded giant strides, especially in the key areas of education, health, agriculture, youth empowerment and host of other sectors of governance.

He added the opposition party was living in delusion hoping to capture the state from APC, advising the PDP to reconnect with the citizens so that it can see the array of ongoing life-changing projects across the State.