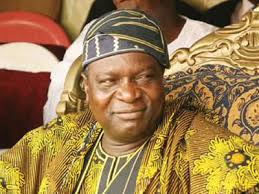 PDP will surely take over Osun in 2022, Oyinlola assures

He urged them to ensure that their entrance brings positive changes in their ward, local government and the state as a whole.

He said this on Sunday, during the official welcoming of decampees from the All Progressives Congress (APC) into the PDP in Odo-Otin local government council area.

Oyinlola assured that the party in the state was not factionalised.

Also receiving the former members of the decampees, PDP, another party chieftain and Board Of Trustee member, Chief Shuaib Oyedokun charged the decampees to work assiduously for the success of the party in the coming elections.

He also called on them to join hands and work with already existing members of the party.

Oyedokun, who urged PDP members not to discriminate against the new entrants into the party, also thanked all the decampees who are mostly from Ward 12 in Odo-Otin local government for choosing to join hands with the PDP in the State.