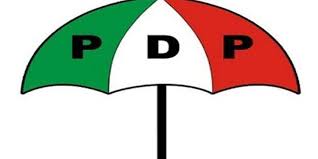 PDP woos women ahead of 2023 elections

The major opposition party, the  Peoples Democratic Party (PDP) has advised eligible party women to take advantage of its women-friendly policies and run for various elective positions in 2023

The opposition party made the call on Monday in a statement by its National Woman Leader, Prof. Stella Effah-Attoe, in Abuja.

According to her, women in the party should present themselves to be counted in the Nigerian political leadership space.

“The Office of the National Woman Leader urged PDP Women to rise to the occasion by stepping out to acquire their expression of interest forms and their nomination forms for the various elective positions at the state and national levels.

“It is one thing that the PDP has created the enabling environment for women to participate in Nigerian politics, it is another thing for PDP Women to take advantage of this positive gesture.

“Therefore, I urge all eligible PDP women to pick up their expression of interest forms and the nomination forms without further delay.

“It will interest our women to know, as announced earlier by the National Working Committee (NWC), that the PDP is maintaining the status quo to support women.

“Women are only required to purchase their Expression of Interest forms with a token. The nomination form, which is expensive, is to be acquired by women at no cost, that is, it goes for free.

“ This is to encourage as many women as possible to participate in the Electoral Process with a view to winning elections into States Houses of Assembly, the House of Representatives, the Senate, governorship positions and the presidency.”

She recalled that the initial deadline for the purchase of expression of interest forms and nomination forms was April 1, which the NWC extended to April 8.

Speaking further,  she encouraged more PDP women to step forward and take advantage of the extension, to acquire their forms.

She added that the more eligible women coming out to acquire their forms would determine the number of women that would take part in party primaries. 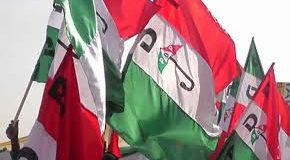