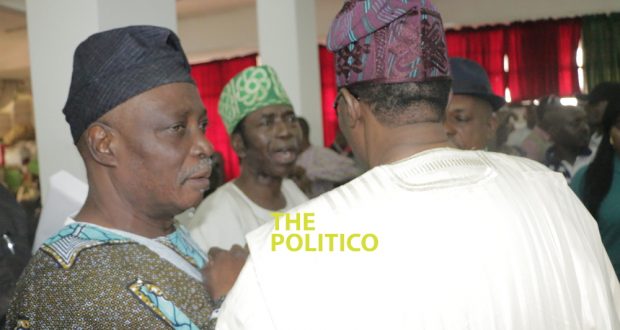 #PDPConvention2017: Why we queued behind Adeniran – Ladoja

Former Oyo Governor, Rasheed Ladoja, has revealed why the South West candidates gunning for the position of National Chairman of the Peoples Democratic Party (PDP) withdrew from the race to back Tunde Adeniran.

Politico.ng reports that Ladoja, Jimi Agbaje, Gbenga Daniel, Olusegun Aderemi, Taoreed Adedoja had announced their withdrawal prior to the beginning of the National Convention held at the Eagle Square, Abuja.

The aspirants according to a statement signed by Ladoja, said the decision was based on consultations with stakeholders from various zones.

“We gathered that from all zones, the stakeholders who preferred to back the South West Zone for the position, suggested that we should prune down the number, if possible, to one person.

“The Northern stakeholders went to the extent of stating clearly in a communique, after their meeting, their preference for a South-West candidate.”

Ladoja disclosed that after a meeting Wednesday, the aspirants came up with the sole aim of choosing a consensus candidate.

“We all agreed that the chances of one person winning are better than those of seven people who are likely to divide the votes coming to the zone. Accordingly I am of the opinion thatTunde Adeniran should become our consensus candidate for the south west zone,” he said.