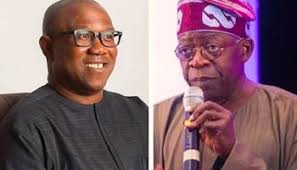 The Presidential Candidate of Labour Party, Peter Obi has given his response to a  comment made by the presidential candidate of the All Progressives Congress (APC) Bola Tinubu on Wednesday.

It will will be recalled that the National Leader of APC, in a statement issued by his campaign spokesperson, Bayo Onanuga, had warned Obi to call his supporters to order and allow campaign to be based on  issues that will advance the growth, progress, and stability of Nigeria.

Onanuga said: “We have found that the fake news about Akufo-Addo’s letter was first published on June 22 by a rogue platform, whose url reads as worlsnews.space (sic) and site identity as World of News.

“A content analysis of the site clearly showed that it is a Biafra news platform. The fake news was reposted on Facebook by Peter Obi Support Group, same day – a clear proof that Biafra campaigners and Peter Obi supporters are the same.

Peter Obi, speaking through his Media Adviser, Valentine Obienyem, said some of his opponents originated fake news and credit them to Obi supporters.

According to him, if supporters were mindful of this, some articles published in some newspapers against Obi would not have been published, including those with offensive titles.

“Nigerians know the truth and that such gimmicks used to deceive them would no longer work,” he added.