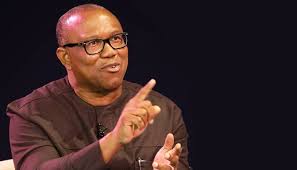 Former aide to President Mohammadu Buhari on New Media, Bashir Ahmad, has expressed fear over the growing popularity of the presidential candidate of Labour Party, LP, Peter Obi in some parts in the north.

Speaking in his verified Twitter handlet, he said Obi may likely claim 75 to 80 percent votes in Kano and Katsina States.

“Let me confess, the name Peter Obi alone is a movement to beat, I was in Kano over the weekend and to my surprise everywhere is PO, nobody is talking about other candidates anymore and a friend told me that it’s a similar story in Katsina. LP is getting 75% – 80% in those States,” he tweeted.

It will be recalled that Obi, the former Governor of Anambra State, decamp from the Peoples Democratic Party, PDP, to LP.

Since then, his popularity has continued to  increase in every nook and cranny of Nigeria.