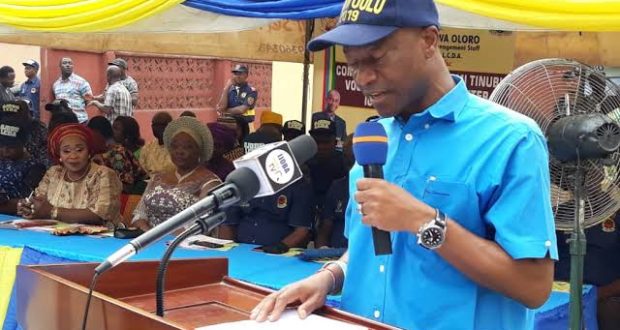 Chairman of Ojodu Local Council Development Area (LCDA)  in Lagos has condemned the plan by the council lawmakers to impeach him, saying that the impeachment plan has political undertone.

Speaking during a news conference, he assured that notable leaders of APC have intervened in the rift between him and the legislators.

He added that the rumour making the rounds that he embezzled money to build many houses in Lagos and Ekiti are totally false.

He said: “If I embezzled all the funds in the council in the next 10 years, I cannot build such edifices. How much is the allocation we get and the Internally Generated Revenue (IGR)? There is no truth in the ownership of houses linked to me.

“I had even gone to court to swear to an affidavit dissociating myself from the ownership of the structures.”

He however urged his supporters to be calm, saying that the issues would be resolved amicably.

Previous: Yakubu officially resumes office for second term as INEC boss
Next: 2023: “You are free to contest under our platform,” PDP tells Jonathan