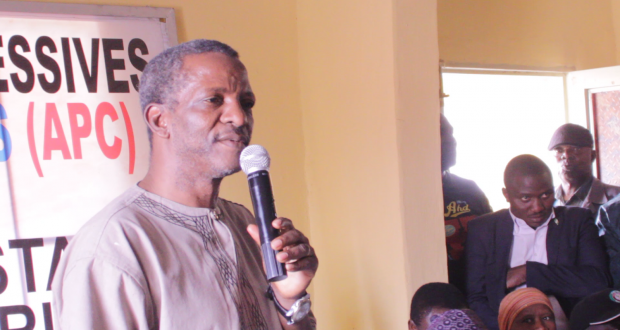 The All Progressives Congress (APC), Plateau chapter, has began the screening of aspirants for Chairmanship and Councillorship positions on the forthcoming Local Government Areas (LGAs) elections in the state.

The party’s State Secretary, Bashir Musa, who disclosed this in Jos, noted that the exercise would be held separately at designated points in the three senatorial districts.

Musa explained that the three-day exercise would end on Thursday.

“Because of the importance of this screening, we have decided to decentralise the manner and process with which it is done.

“Aspirants from the Southern zone will be screened at the party’s zonal office in Shendam, the one for central zone will hold in our party’s office in Pankshin.

“The screening for Northern zone will hold at the party’s state secretariat in Jos,” he explained.

Musa advised all aspirants to unfailingly appear before the screening Committees with their credentials.