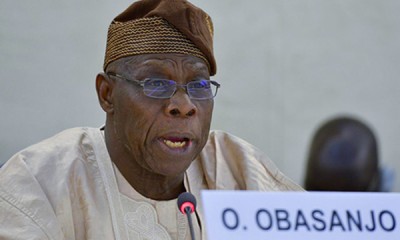 Politics should not be do-or-die, Obasanjo warns

A Former President, Olusegun Obasanjo has advised politicians not to see politics as a matter of do-or-die affairs.

Obasanjo gave the advice on Saturday in Calabar at the public presentation of a book titled: `Stepping Forward with Uti J.D . Agba and Mathias Okoi-Uyouyo where he was the special guest of honour .

The former President said that politicians, who fail elections can help those who win elections to succeed for the growth of the nation.

“Politics should not be about life or death. Politicians should learn how to thread with caution as 2019 elections draw closer.

Also speaking, Governor Ben Ayade said that politicians, who could not be in power should support those in power to ensure development

Ayade stressed the need for all politicians to work together irrespective of their political parties for the development of the people they represent.

“Power is like the wind which blows away. In using power, one must do so with the fear of God,” Ayade said.