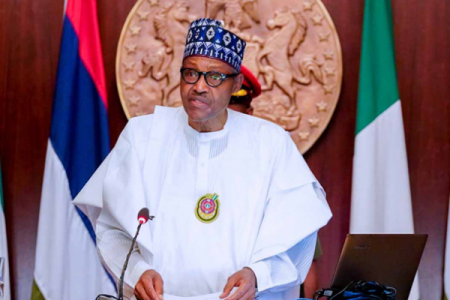 Presidency to PDP: You must denounce looting that marred #EndDARS protests

The Presidency has called on the Peoples Democratic Party, PDP, to denounce the looting that characterized End SARS protests across the country.

He said: “Know that this country has only one president and constitution, Buhari is responsible for his government and the bulk stops on his table.

“The issue we are a country governed by law and there is a constitutional that states clearly under section 33 that defines the right of citizens to freely protest in a peaceful way.

“But where the peaceful protest turns into a riot and looting, then there is a law and order duty that must be performed. Everyone is witnessed to the massive looting to the public and private properties particularly in Lagos, Calabar, Plateau, Taraba and even the FCT.

“Now the laws of the country must be allowed to rule on the part of wrong doing on the part of anybody and I’m not particular about any celebrity or promoter. This country has been has been harmed enormously and people should be prepared to account for it

“It would be of interest to Nigerians if some of those leading politicians who promoted End SARS to the time it was seized and taken over by looters to come out with the same force as they did support to denounce the degeneracy that set in. Some of them have said nothing so far and we are watching.

“This country has to be saved from looters and the interest of this country is politics, PDP should come out and denounce these things unequivocally

Previous: PDP to Buhari: Learn from US election, shun nepotism, marginalisation
Next: US 2020: “You can seek legal redress, but election fundamentally fair,”- Bush tells Trump