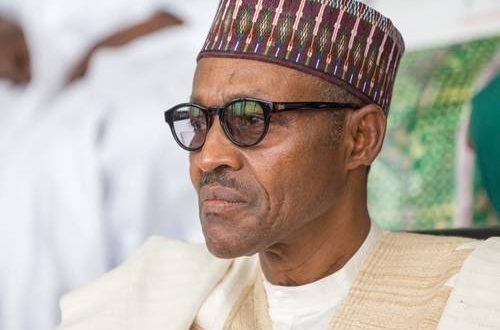 President Muhammadu Buhari, has arrived in Lagos on a one-day working visit to the state.

Buhari and his entourage landed at the Presidential Wing of the Murtala Muhammed Airport, Lagos at 10.32 a.m on Wednesday amid tight security.

The president arrived aboard a Nigerian Air Force Boeing aircraft with registration number 5N-FGT and was welcomed with a dance by cultural troupe and a Presidential Guard of Honour.

Buhari is visiting Lagos, the commercial capital of Nigeria, to inaugurate some projects executed by the Lagos State Government.

The projects are – Institute of Maternal and Child Health (he has commissioned this), Lagos Theatre, Oshodi Transport Interchange and International Airport Road as well as 820 Mass Transit buses